This will be Mrs. Duga's fifth year with VTC and she can't wait to see what this year has in store for theatre at the Flagship!

She is a Fort Bend ISD native, having graduated from Kempner High School. She was heavily involved with Thespians during her time as a cougar, and even served as president of Troupe #4385. Mrs. Duga then attended Louisiana State University (Geaux Tigers!) where she received a Bachelor of Arts in Theatre Studies. After graduating, she spent several years working for Playmakers of Baton Rouge, a professional theatre for young audiences. She had always said that her dream would be to teach theatre at the high school level and pass on the passion that has made an incredible impact on her life. Once she returned home to Texas, she was able to take the first steps towards making that dream a reality by joining the FBISD team at the middle school level (MCMS & FSMS). As cheesy as it sounds, her dream came true when she was able to join the Viking Theatre Company as assistant director in 2018, moving up to head director in 2020. Along with her husband, she specializes in stage combat and intimacy choreography. She loves her job and couldn’t imagine doing anything else!

Outside of teaching, she likes to spend time with her husband, who teaches theatre at Fort Settlement MS, and their two puppies, Winston and CeCe. They also like to play board games and catch up on their favorite TV shows. Whenever she gets the chance, she also enjoys going to see local theatre in Houston. 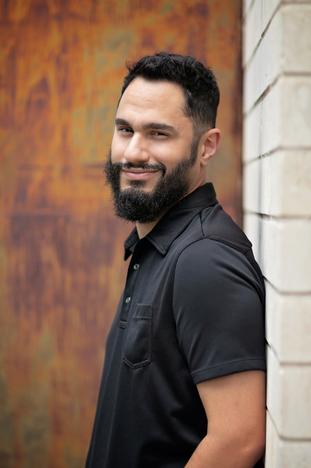 “There is magic in the Theatre and Theatre is Magic” -Roger Turner
Anthony Nieves is a proud theatre educator, director, actor and arts advocate.

At an early age, he found a passion for everything art related, including band, theatre, choir and art. He was first involved in Theatre in his middle school production of A Christmas Carol as Ebenezer Scrooge. With the lessons of his middle school drama director, he soon grew a passion for Theatre. He was inspired by his director Mrs. C to put his absolute all in every performance and work with his fellow cast mates to bring the story from page to stage. As time went on, he began to remember the impact this educator and director had on his life and decided that he too wanted to make a positive impact on young adults' lives using the arts. After high school, Mr. Nieves attended Kean University in Union, New Jersey, where he graduated with a Bachelor's of Arts in Theatre and a NJ State K-12. After graduating, he spent several years assisting in Equity Theatre companies' educational programs, directing and stage managing various high school theatre productions and acting in community theatres in New Jersey. Upon moving to Texas, he became a full-time Theatre Educator and Director throughout various school districts in the state of Texas.

He is now honored to join the Viking Theatre Company as the Technical Director in 2022. He is honored to continue his passion for theatre arts and to cultivate and inspire the next generation of artists at Dulles High School.

Outside of teaching, he likes to spend time with his husband and with his two dogs, Jason and Percy. He also likes to play video games, watch theatre productions in the Houston area and see the occasional Marvel Movie. 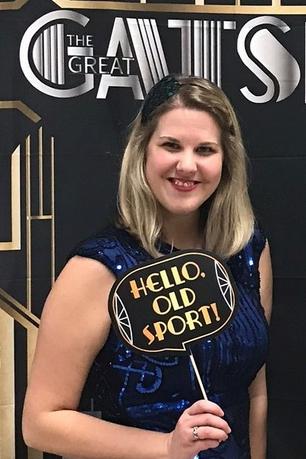